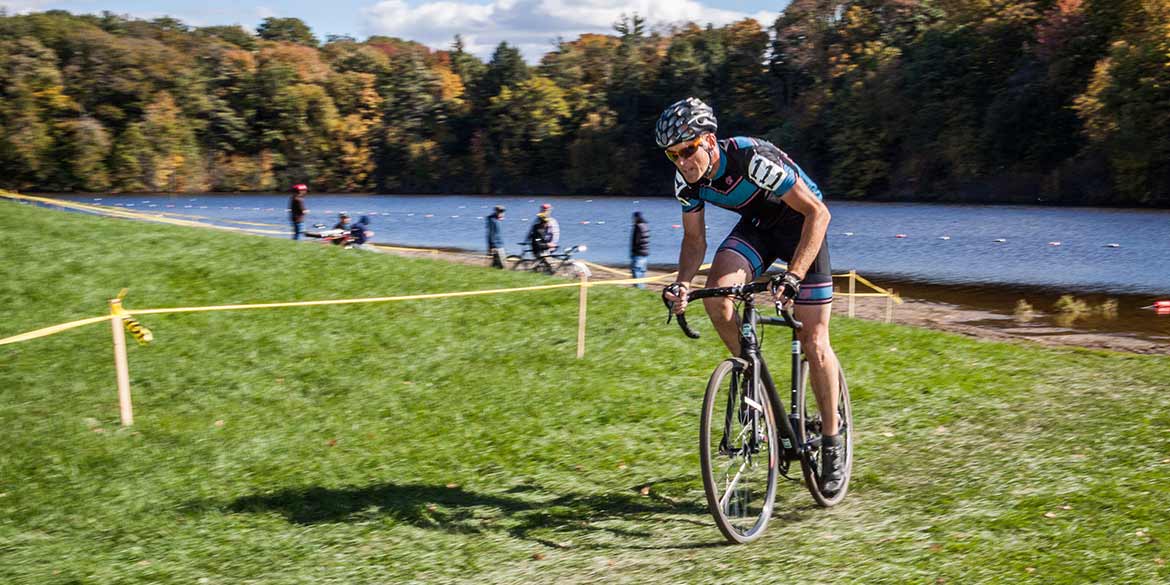 Not much can be said about the start of the day. The conditions couldn't have been better. Even the sand on the beach seemed just right. Yes, I said "beach".

This was my first cyclocross race so as such, I looked into it a bit. I knew there would be lots of yellow caution tape and more than likely, some craziness. I found both. The yellow caution tape routed around Christie Lake Conservation Area into what seemed like a pretty nice course. If I had my bike with me I probably would have done a lap before the races started. Most of the craziness came late in the morning. I was working my way to the beach when I heard something being shouted. "GET THE MONEY" was being shouted so I walked a little faster. What I found is that several Canadian Tire bills had been put into the sand and were sticking out, ready for the taking. By this time a large crowd had gathered and were watching as racer after racer kept going through the sand. Occasionally one would fall and would grab some bills. Another spectator hid a $5 bill (real currency this time). I missed when it was picked up. After that, another $5 bill and a $20 bill were placed much closer to the water's edge. On the next lap, the same guy who grabbed the first $5 got these two as well. He picked up a couple of Canadian Tire bills on his way out as well. Good stuff.

I don't think that was enough. The same guy who placed the money had another idea. He put a bill in his back pocked and was offering up "butt bucks" to the racers. All passed on the, um, opportunity until one lucky lady went for it. She would have had it if she would have clamped down just a bit faster.

A couple of minutes later, another lady saw it and went for it. She got it! It looked like she was going to ditch in the lake but she recovered and kept going.

You can see videos of both on my Philip de Vries Photography Facebook page.

I know I had a great time and I look forward to going next year.